Before they reached their now classic designs, many monsters in the first generation of Pokémon went through some aesthetic changes. Before it started to look more like a traditional Chinese dragon, Gyarados resembled a particularly angry grub worm. Scyther looks a little dinosaur-ish now but its original artwork dispensed of much of its more insectoid elements and went full-on Velociraptor. Stuff like this has been pretty well covered over the past few years thanks to the work of sites like Helix Chamber and Pokémon historians like Dr. Lava (who recently brought this story to the spotlight.) What hasn't been dived into as much is what Americans thought of all of these designs when it came time for Game Freak to show off their hard work overseas. 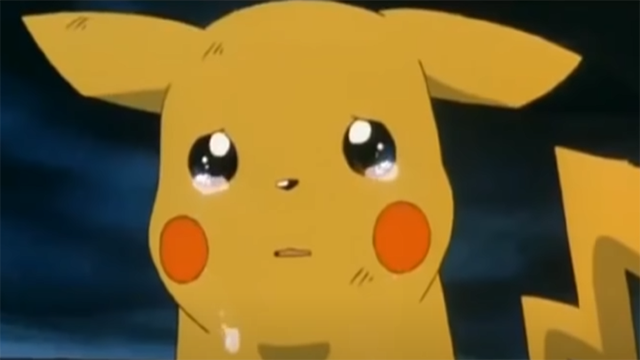 And according to The Pokémon Company CEO Tsunezaku Ishihara, one change they wanted to make would've not only been weird, but altered the Pokémon franchise forever.

According to an interview with Ishihara on the official Nintendo website:

"The first time we showed off some Pokémon in the US, we were told they were 'too cute'. The staff in America submitted their ideas for replacement designs, but we just couldn't believe the kind of stuff they were proposing.

"They turned Pikachu into something like a tiger with huge breasts. It looked like a character from the musical Cats. When I asked 'how is this supposed to be Pikachu??' they said, 'Well look, there's its tail right there'... Seriously, that was the kind of stuff being proposed."

Let's dissect this bit by bit. First of all, the "too cute" thing seems bizarre since America LOVES taking terrifying creatures and making them palatable for children. They gave us Barney, the alpha predator Tyrannosaurus Rex, Casper, the haunting dead specter, and a wide assortment of talking bears. In retrospect, we should've seen Game Freak's attempts to take a wide variety of dragons, ghouls, and abominations and turn them into pals for ten-year-olds as an immediate slam dunk. 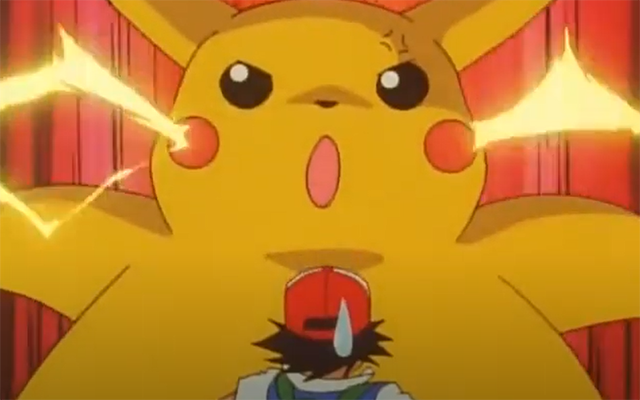 Then we offered replacement designs, and if that's what they gave us for Pikachu, I'd give my left arm to learn what else they intended to potentially replace. If their idea for properly marketing Pikachu to the children of the United States was "tiger with huge breasts," then the rest of that creative pitch meeting must have been insane. Caterpie with a backward hat riding a skateboard. Nidoran with a nu-metal vibe. Oddish ... but hot.

Turning Pikachu into an anthropomorphized tiger also kinda misunderstands what Pikachu is. Didn't we all think, if he was an animal, he'd be a rabbit or a squirrel? I don't know how you'd get a tiger out of that, but then again, I'm probably thinking a little harder about this than they did.

But I think the funniest part of all of this is Ishihara comparing it to a character from Cats because if you've seen Cats, you know that "tiger with huge breasts" and "tiger with huge breasts that looks like something from Cats" are two very different things. The first can probably be accomplished with simple fan art. And seeing as this news hit Twitter a day or so ago, there are probably a few dozen pieces already, and that's a safe minimum assumption. But Cats, a play that I've seen both on-stage and adapted as a movie, is a different beast.

Cats has some great costume work, some lovely stage sets, and is complete madness from beginning to end. And when it comes to the movie, only that last thing. Every few minutes, a new cat person with a name like Stumble Bumblecratalus bursts onstage and a song is sung about them, and just before you get your bearings and figure out how to adjust your brain to properly enjoy a show like this, Mimzee Whimzee Beelzebub struts in to tell you their life story in the form of music as well. So it's a Pikachu from that.

In short, I'm pretty glad that we didn't get this AU-Chu no matter how uniquely bizarre it sounds. Pokémon would go on to be a smash success, Pikachu would be its adorable little ambassador, and this idea would become terrifying, amazing history.